Please Contact Us if you have any questions or to report any problems.

PITHY QUOTES FROM PAST MASTERS

We therefore create a new object: we take something to stand for the cat-in-its-status-as-inferred in contrast with the cat as a live thing. A sound or a visible mark is the ordinary mechanism for producing such a new object. Whatever the physical means employed, we now have a new object; a term, a meaning, a notion, an essence, a form or species, according to the terminology which may be in vogue. It is as much a specific existence as any sound or mark is. But it is a mark which notes, concentrates, and records an outcome of an inference which is not yet accepted and affirmed. That is to say, it designates an object which is not yet to be reacted to as one reacts to the given stimulus, but which is an object of further examination and inquiry, a medium of a postponed conclusion and of investigation continued till better grounds for affirming an object (making a definite, unified response) are given. 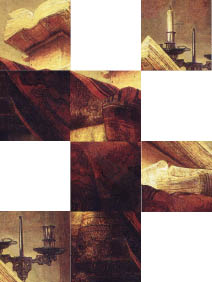 Here are MARC records for all titles in a single zip file.

Or, select any individual title to download its zipped MARC record(s):